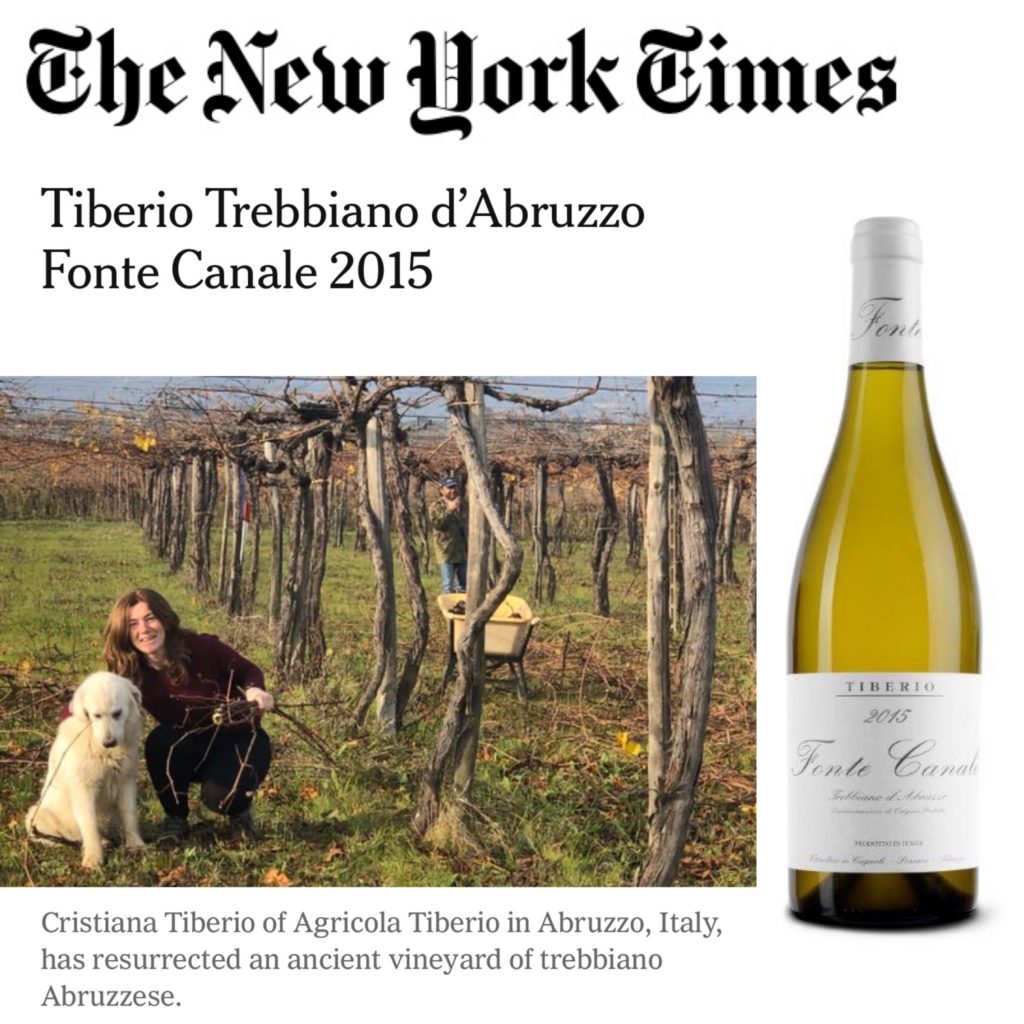 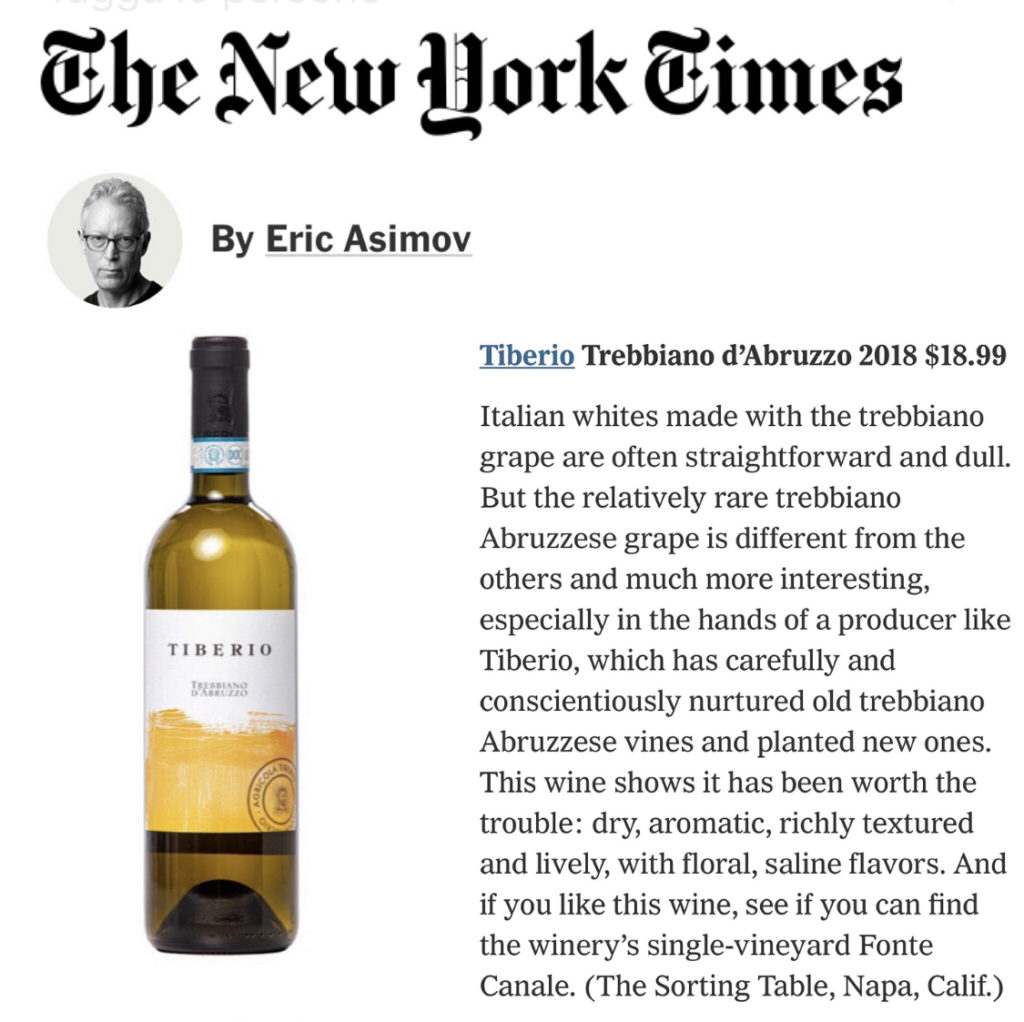 Tiberio is a family owned estate, specializing in wines made from authentic Abruzzo NATIVE GRAPE VARIETIES.

The story of Agricola Tiberio rings more like a new world tale than one from the old world of the ancient lands beneath the Majella and Gran Sasso mountains in Abruzzo. At 350 meters above sea level, twenty-three miles inland from the seaside city of Pescara, near the lovely medieval hillside town of Cugnoli, Riccardo Tiberio found a very old plot of Trebbiano Abruzzese vines, which, despite the variety’s name, is a rarity in Abruzzo. This is because the high quality Trebbiano Abruzzese grape (which has nothing in common with Trebbiano Toscano) had always been confused with other similar-looking but altogether different varieties in the region, that were mistakenly planted in its stead. Riccardo was so impressed and excited by his discovery of these roughly 60 years old vines that he decided to change his and his family’s destiny. As the export manager for a well known winery in the region, Riccardo knew well what truly high quality Abruzzo grapes could offer and what the modern world expected in wines.

He made the plunge in 2000, purchasing the eight hectare plot of Trebbiano Abruzzese vines he had fallen in love with, along with another 31 hectares of land suitable for planting and the production of single estate wines. Guided by decades of personal experience and one of Italy’s most renowned nurseries, Riccardo planted a selection of indigenous varieties matched to the different soil characteristics in the vineyard. Montepulciano d’Abruzzo, Trebbiano Abruzzese, and Aglianico were planted along with Pecorino and Moscato di Castiglione clones from ancient vines in the area. Experiments with small plantings of international varietals were also undertaken. And so it was that when Tiberio released its first vintage in 2004, the wine cognoscenti took notice of Tiberio’s mineral whites and fruit forward reds.

In 2008, Riccardo Tiberio handed over the reins of the winery to his highly competent children, daughter Cristiana and son Antonio. The role of viticulturalist goes to Antonio while Cristiana handles the winemaking duties. She is a chemistry graduate with training stints in Champagne and Australia backed by repeated visits to the Mosel and Chablis.  In 2011 she took over all the winemaking duties and is now solely responsible for the wines made at the estate. At that time, Antonio and Cristiana also decided to uproot the international varieties and to replace them with more Pecorino and Trebbiano Abruzzese. They chose to use massal selections from their oldest vines because over the years they found that their massal selections gave much deeper, more complex, and altogether better wines than those made from clonal selections.

The rolling Abruzzo hills, which slope down from the Apennines toward the Adriatic Sea are characterised by mild sea breezes and cool air currents coming in from the mountainous massif of the Majella. The region was home to ancient Roman villae rusticate, large organised agricultural entities, and grapes were among the many crops grown. Although the land is ancient Roman in history, Cristiana and Antonio have a modern perspective in the cellar and tend their vineyards with a farmer’s care. The Tiberio siblings have one goal in mind: make wines that clearly speak of the varieties and the land they come from.

The Trebbiano Abruzzese and Pecorino varieties are planted on mainly limestone soils. This, in combination with the cool breezes from the mountains and ocean, produces wines of minerality in which balanced acidity and structure are a hallmark. The Montepulciano is planted on mianly limestone-clay soils. Cristiana and Antonio seek to express freshness of fruit in their entry level Montepulciano d’Abruzzo DOP wine and are planning to release a more structured, ageworthy Riserva wine of greater depth and richness in the near future.

The estate and its wines have won numerous accolades in a very short time span. Gambero Rosso has bestowed at least Due Bicchieri on all of their wines each vintage, as well as a string of Tre Bicchieri for their 2010, 2011, 2012  and 2013 Pecorino, an extremely hot and much loved white wine in Italy. Furthermore, the UK’s prestigious Decanter magazine has named Tiberio “one of Italy’s Rising Stars” estates in 2013. Last but not least, rave reviews from Stephen Tanzer’s International Wine Cellar have further confirmed Agricola Tiberio’s stature as one of Italy’s finest wine producers. 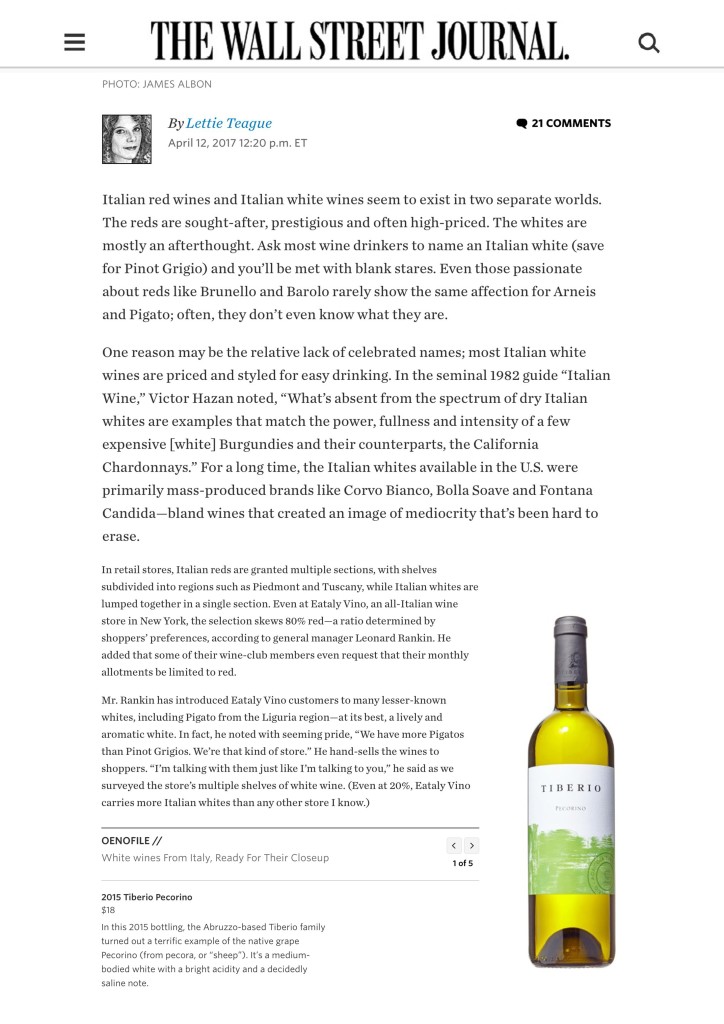 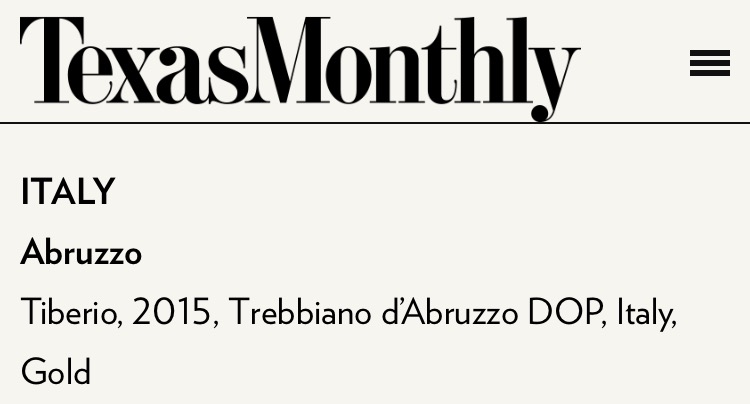 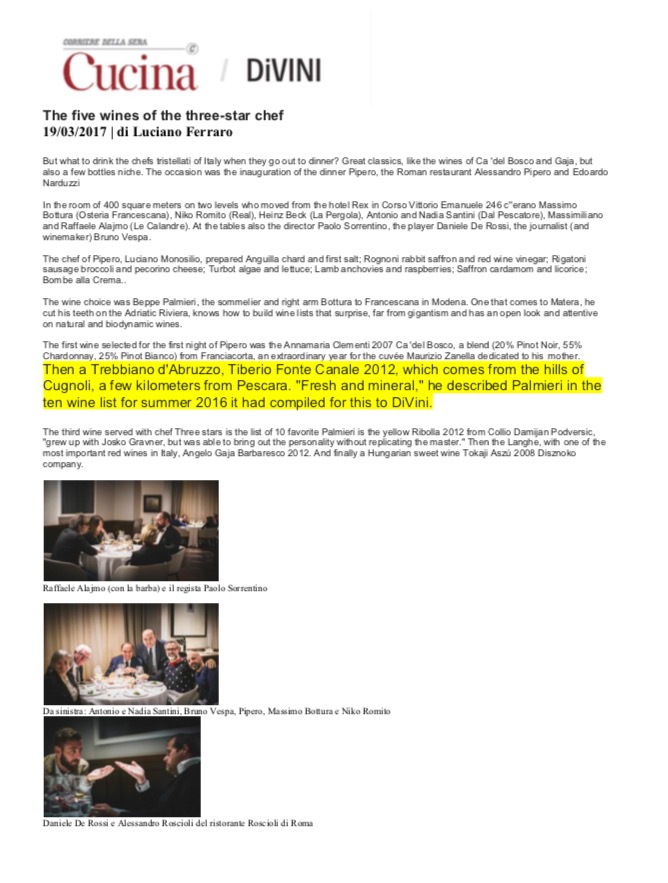 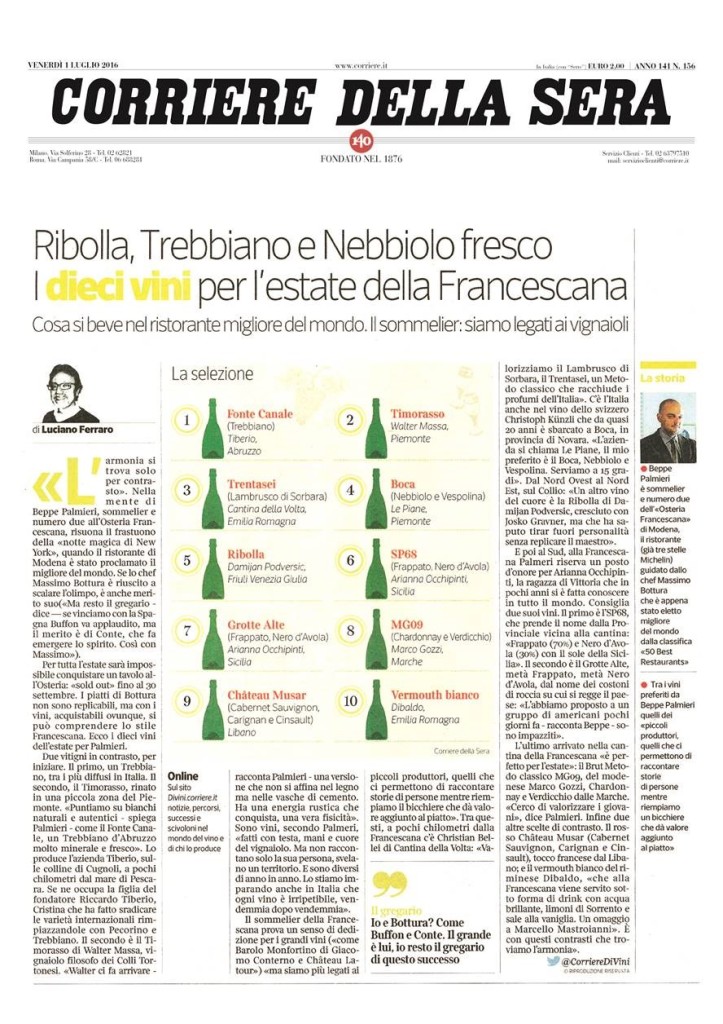